IoT everything! A first look at ESP8266 (WiFi Witty Cloud Development) board

After witnessing some really cool automation systems recently, I’ve become excited about the possibilities that IoT brings into play. That’s why I decided to buy an ESP8266 module, however there were no convenient tutorials on how to actually get started. It wasn’t hard with figuring it out - but it make sense to share it, so you can get things going with ease.

Since there’s a great integration for Arduino IDE, we’ll use that to create and upload the software.

Before we start programming let’s just quickly summarize what the Witty Mini provides in terms of the hardware. 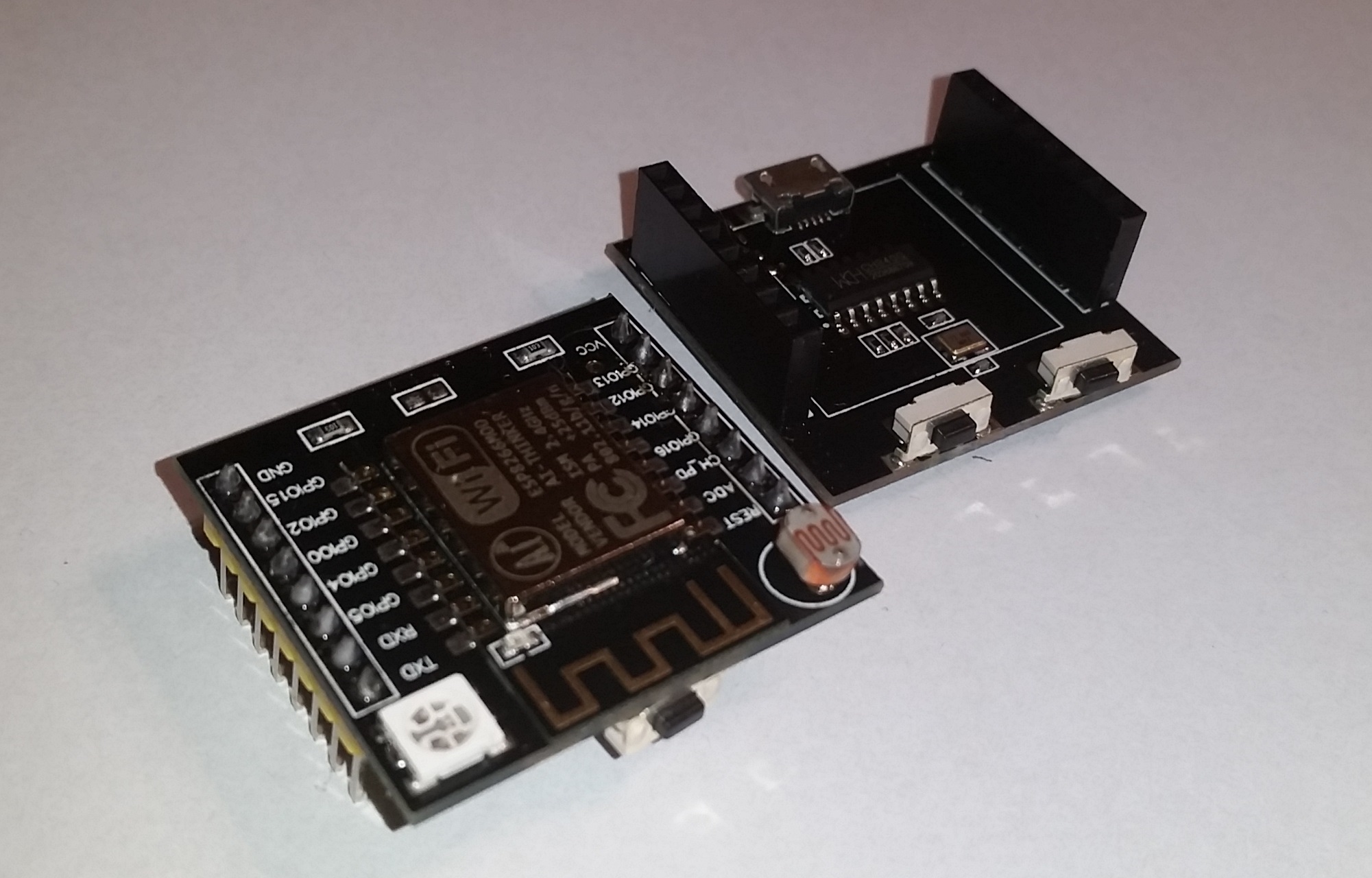 In the center you see the heart of this tiny fellow, but it’s accompanied with some useful features too:

But more importantly, it contains convenient 2.54mm headers which allow to plug it into your breadboard.

It includes (a second!) USB socket, that has to be used for programming the microcontroller. It also has RESET and FLASH buttons. You’ll need to use these buttons during your first program upload.

Now let’s focus on deploying a simple program to the MCU.

Before you go any further, make sure you have Arduino IDE installed.

Since ESP8266, the main WiFi controller used in this board, is not by default supported by Arduino (why should it? it’s a third party!) we’ll have to take a few extra steps. The good part is that you have to do it only once! 😉

All the instructions are always up to date in the ESP8266 Arduino project, I’ll put them below just for your convenience:

Start by connecting the board to your computer. So slide the top part to the bottom one: 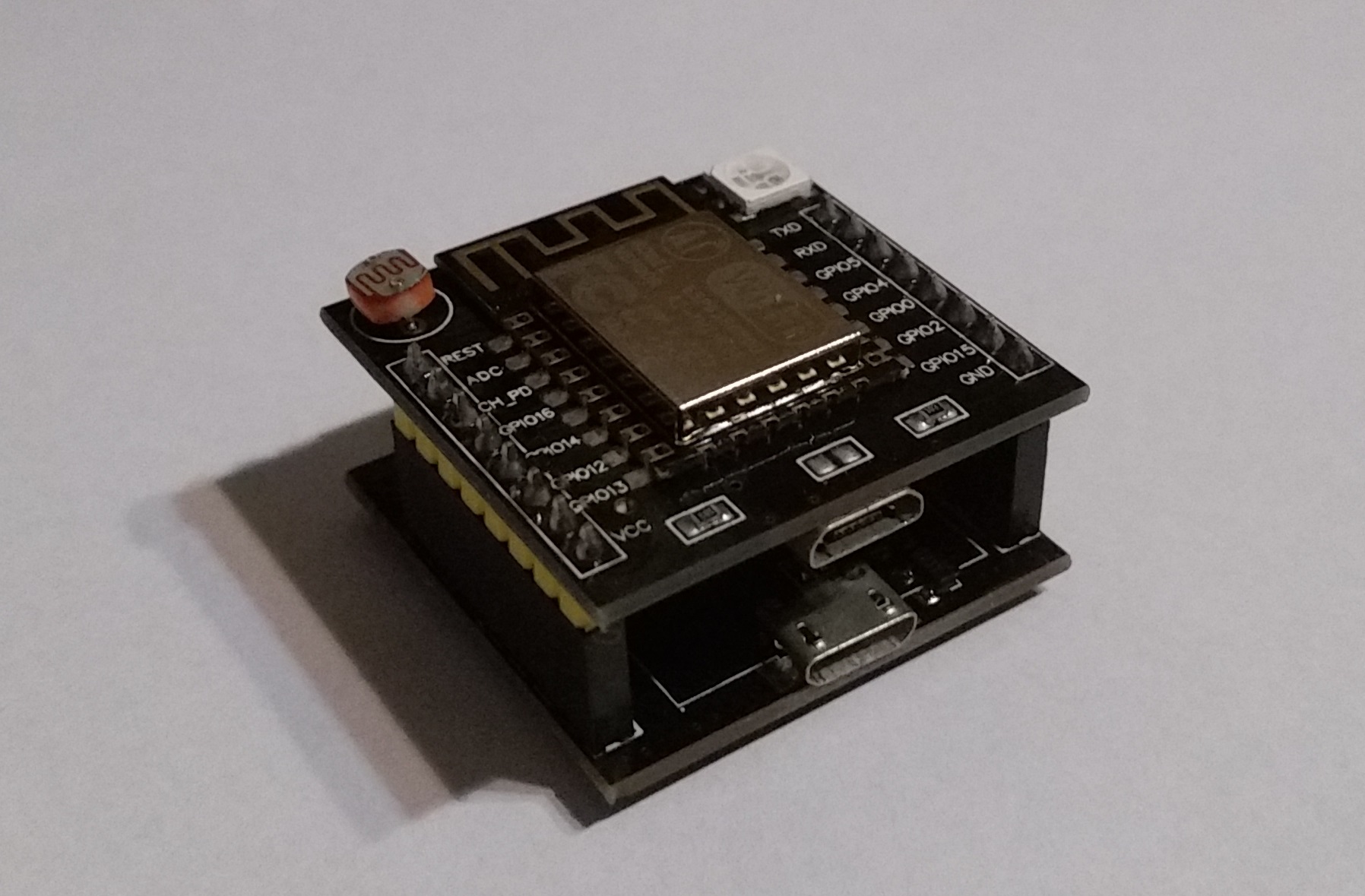 And connect the bottom usb board to your desktop. You’ll see that it will use the default firmware, for me it’s just lighting a green light. 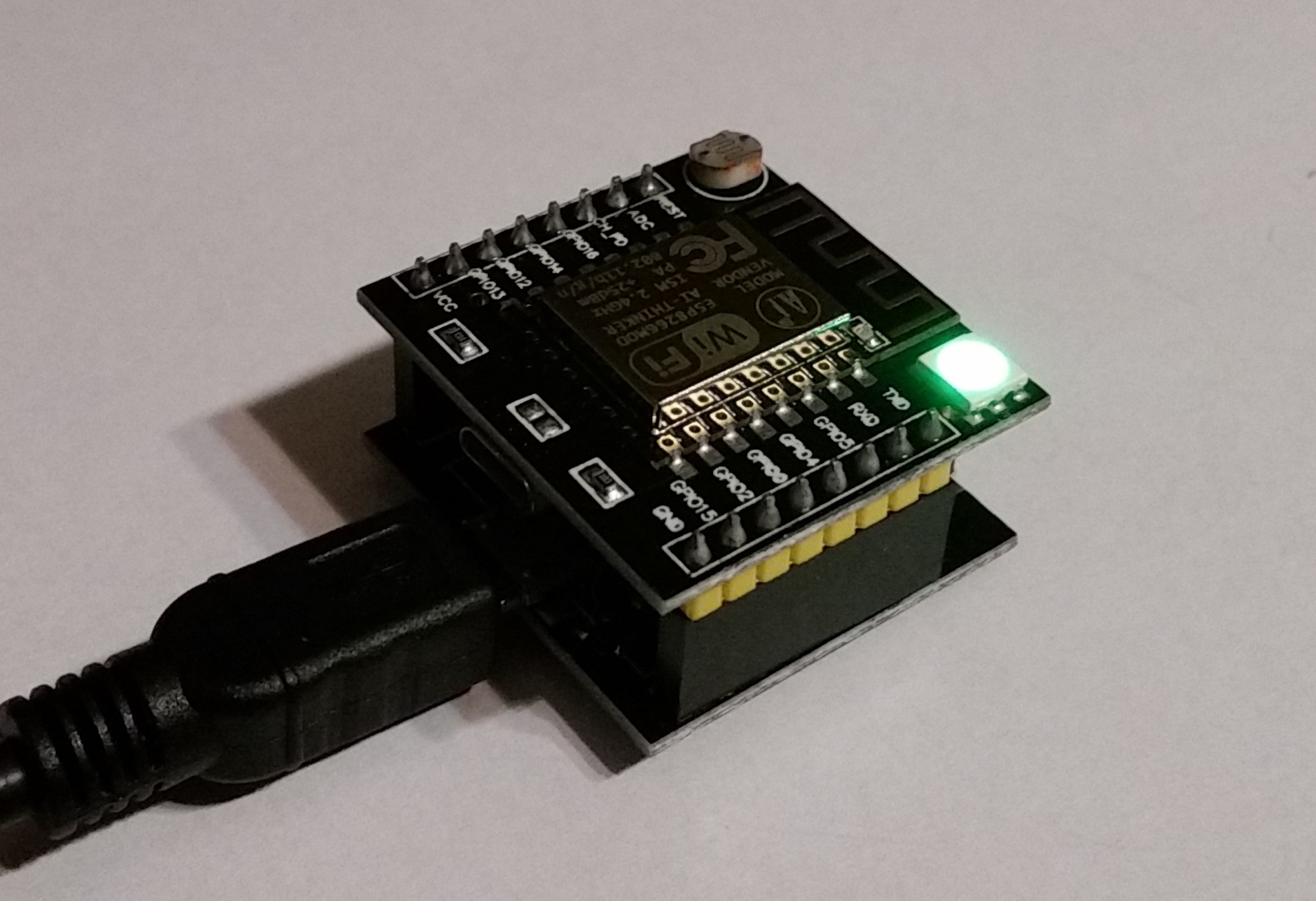 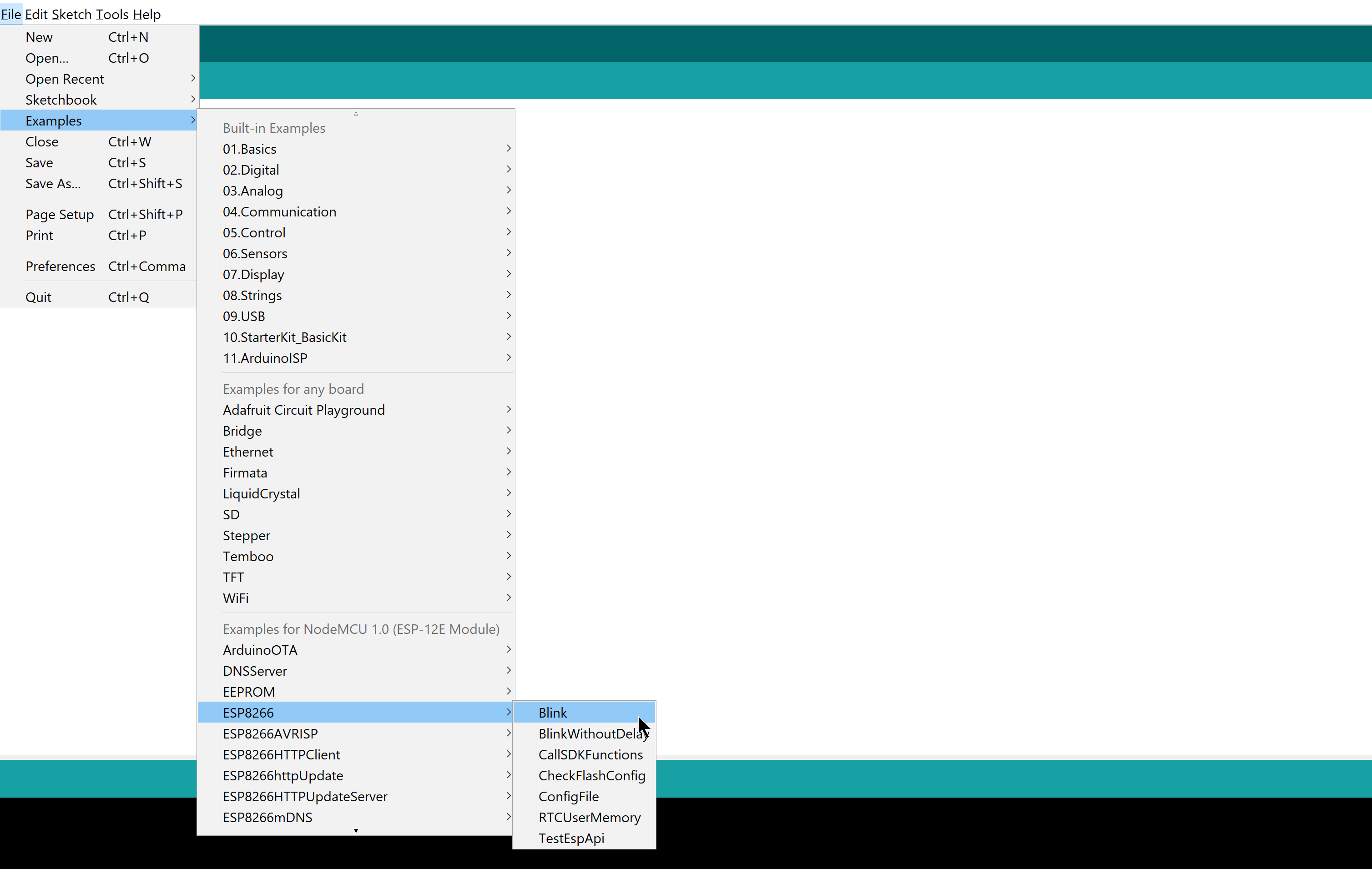 Now it’s important to set the board type. There’s no dedicated type for a “Witty Cloud Development” but “Generic ESP8266 Module” will do. Also you need to chose the correct port, in my case it is COM3. 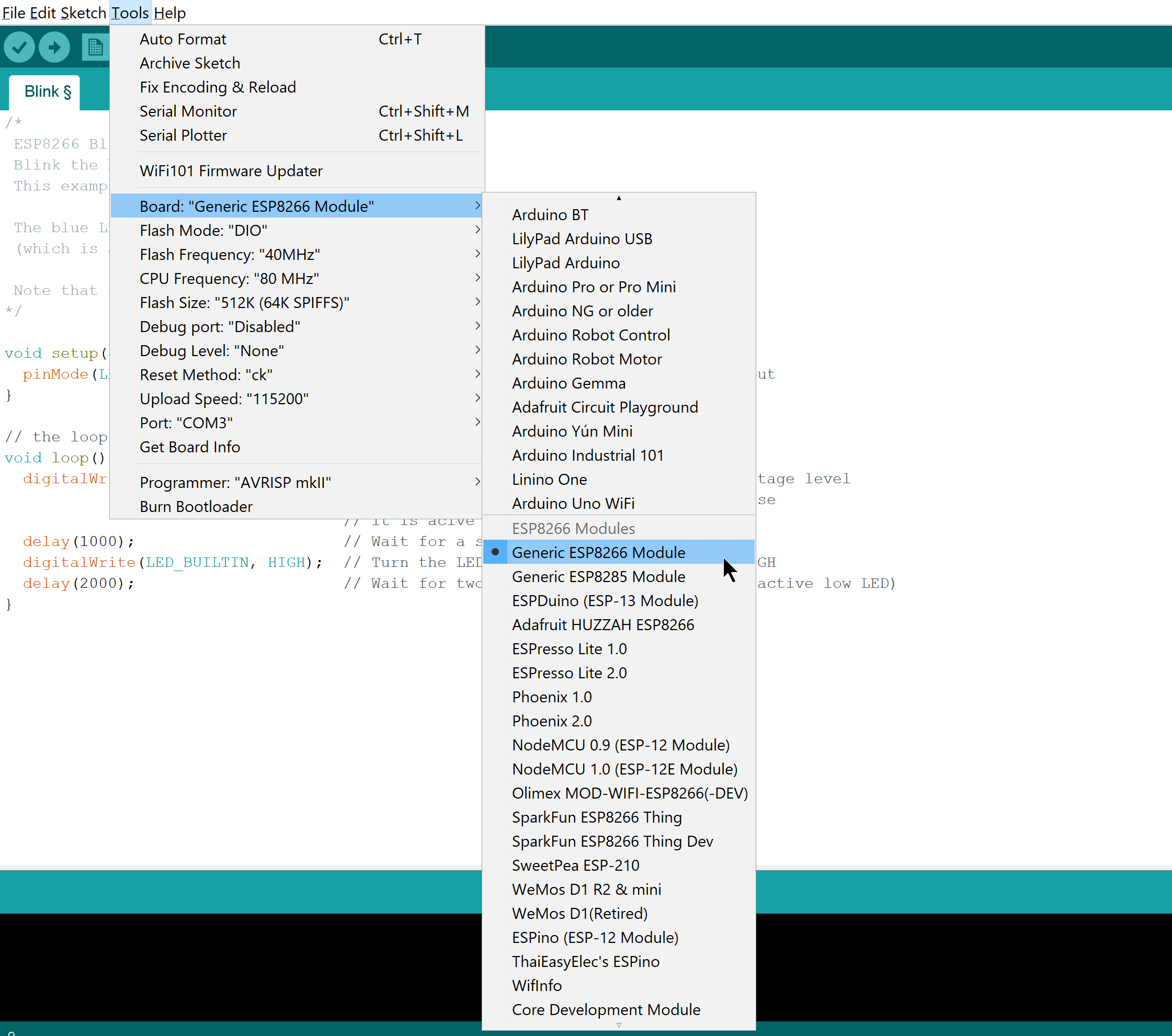 Be careful, using a wrong library can brick your microcontroller! I used "ESP-12E" to blink LED_BUILTIN and rather than lighting LED it… bricked my board 😿.

Now let’s switch LED_BUILTIN to 15 so that it will use a red LED, so you should end up with the code that looks like that:

Ideally you'd like to #define a constant like LED_RED but we'll just use a magic number for simplicity's sake.

Now the first upload could be a bit tricky. If you attempt to upload straight from here you’ll see an error:

What you need to do is just to hold FLASH, press and release RESET and release FLASH button.

As a result small blue LED will blink for a fraction of a second, and RGB diode will turn green-blue. Now you’re ready to upload your sketch, go on and use Sketch \ Upload option (or if you feel like a keyboard hero just hit ctrl + u 😉).

And take a look at your board now it blinks red, great! Now that you know how to upload your sketches let us utilize the WiFi part! 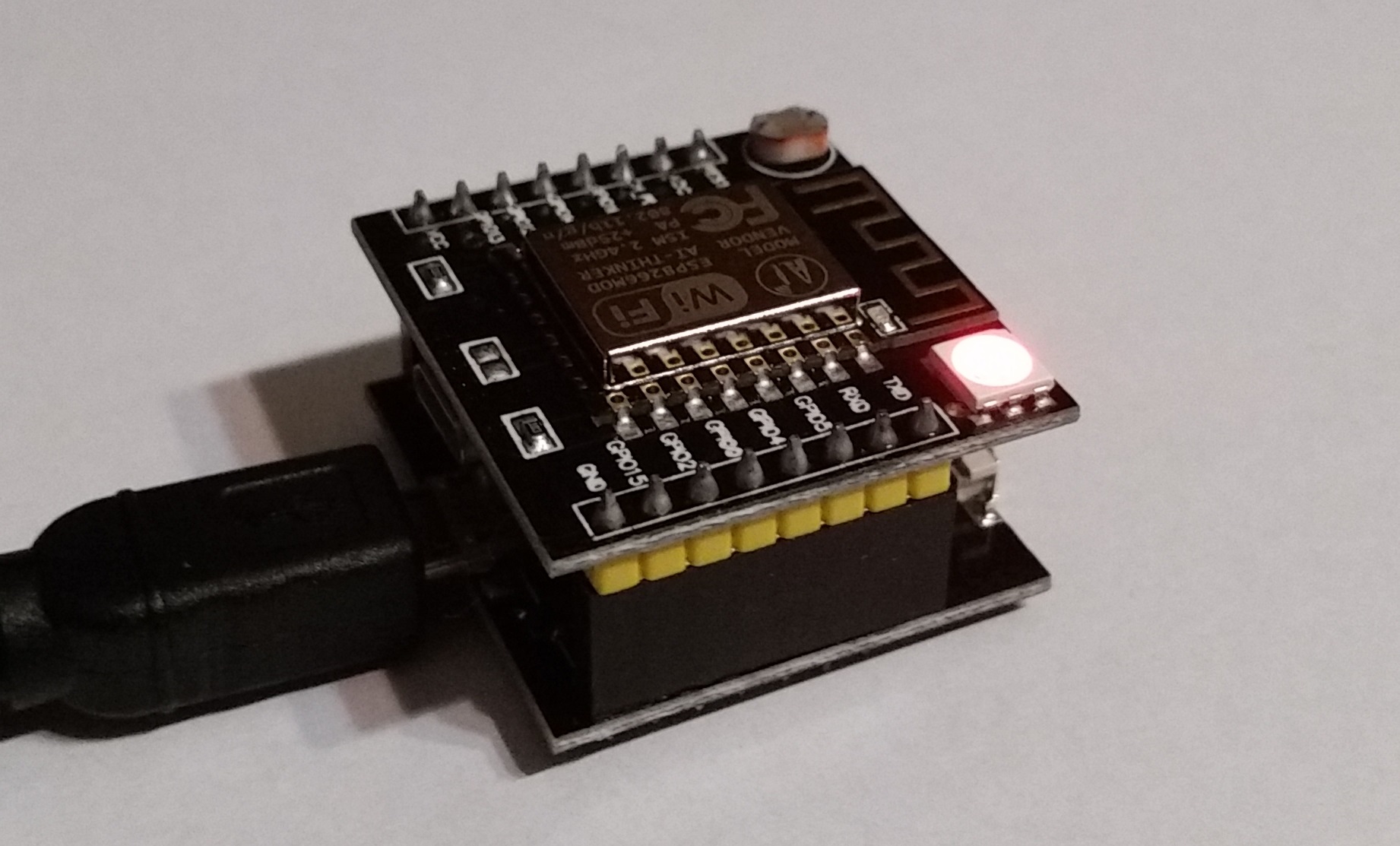 I found WiFiScan example to be the simplest one in the package. It essentially lists you nearby networks discovered by the ESP8266 MCU. So, let’s get this thing going! 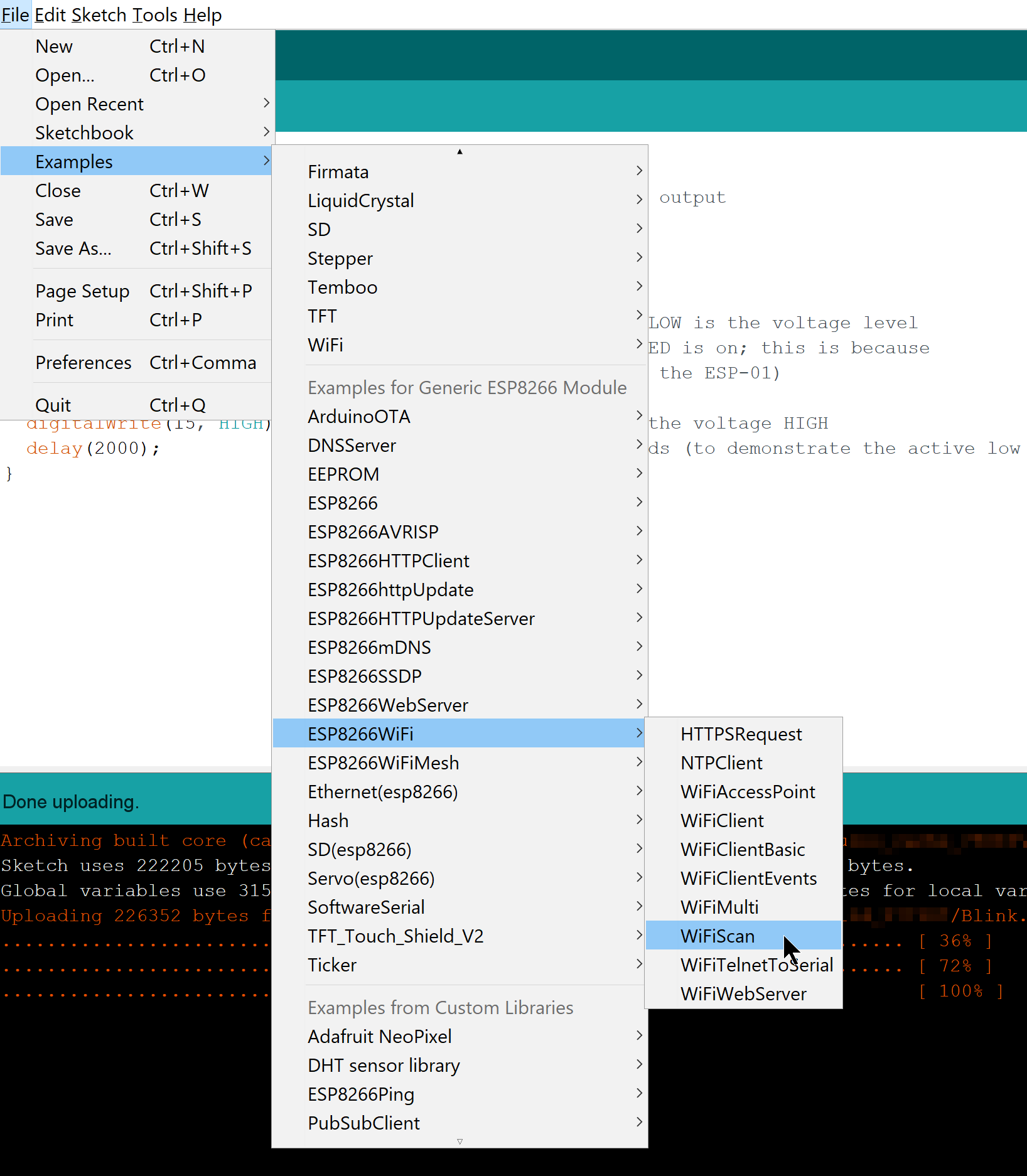 Make sure your board is connected and that you pressed FLASH, RESET switch sequence just as in the previous example. After that press ctrl + u to compile and upload the sketch.

Once the sketch is uploaded just press ctrl + shift + m to open up a serial port monitor. You’ll see that your ESP8266 is checking for WiFi networks, and send the list through serial port: 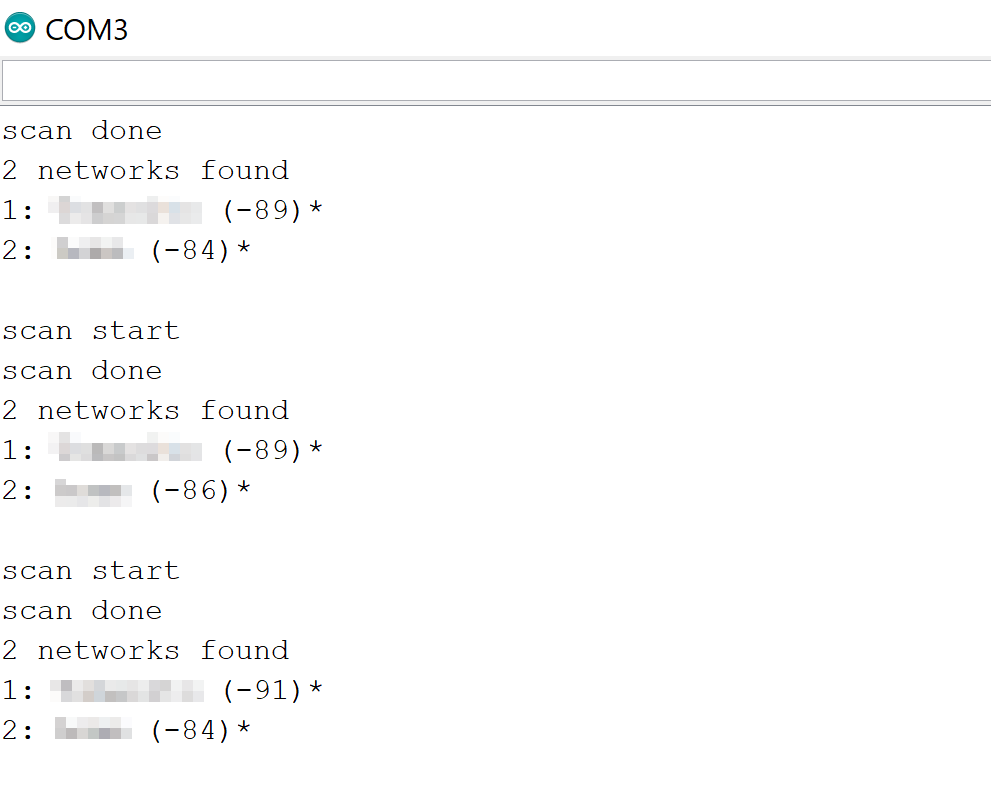 So here you have a simple WiFi example. Of course it did not involve connecting to your network, and actually communicating with other devices. If you wish to try out a more advanced example I’ll cover it in another blog post.

I did not receive any datasheet from where I bought the board, so I had to search the pinout around the net. I’ll include it below to save you the trouble:

I must say that I’m impressed how featureful this board is for it’s cost. You get a very simple, extremely quick to prototype board in just couple of bucks! I bought it for 7$ (just because electronics isn’t too cheap here in Poland), but I can see on eBay it’s around 4$, it’s even cheaper on AliExpress.

It does have some disadvantages though, first of all is that… it’s easy get it started but (with USB board connected) it’s not easy to actually plug it into a breadboard. But… The ability to being able to quickly test something is much more important to me.

I have already had a good time with ESP2866 thanks to this board, and I’ll definitely put some more posts on that in the future.